How to slash an inheritance tax bill 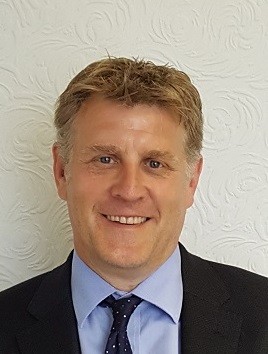 If you have a large estate, or own more than one property, your family may lose a sizeable chunk of your legacy to inheritance tax. A financial adviser can help you minimise this loss – but how do they go about it? Alistair Fraser of Cockburn Lucas explains how he helped one client in this situation. I first met Mr & Mrs Davies back in 2005. At that time, Mrs Davies was recovering from a spell of poor health, and it had understandably made them both think more clearly about the future. The headlines at that time were full of stories about inheritance tax (IHT), and as the couple had significant assets, they started to think about what their one daughter and several grandchildren would inherit. Reading up on the subject, they realised that up to 40 per cent of what they owned could be swallowed up in tax upon their death. So their question was simple: what could we do that would legitimately reduce this loss?

Coming to us in plenty of time turned out to be a very good move on their part.

Mr & Mrs Davies could live comfortably off their pension income, so were in a position to remove large capital sums from their estate via direct gifting and the use of trusts. By using their annual gift allowance of £3,000 every year since our introduction, they have been able to gift a total of £72,000 to their family, reducing their IHT liability by £28,800 in the process. In addition, they were able to gift £2,500 each (£10,000 in total) to the grandchildren in wedding presents, removing a further £4,000 IHT from the estate in the process.

The use of trusts

For larger gifts, Mr & Mrs Davies decided to use trusts. This would ensure the money would go only to the intended recipient (even in the event of divorce) and would allow them to retain an element of control over the funds. They set up a number of gift trusts with £200,000 invested for the benefit of their daughter and grandchildren, with an additional £100,000 being invested into loan trust arrangements (in case they themselves needed access to the money at some point).

After seven years the money became exempt from IHT, saving a further £80,000. Furthermore, at the time of writing the overall value of the gift trusts stood at £355,000 – meaning a significant increase in value for the beneficiaries.

The money placed in trust will pass directly to the beneficiaries, free of IHT, when Mr & Mrs Davis pass away. This will also give the family quick access to the capital needed to pay any other liabilities due on the estate.

By 2013, the value of their personal investments had grown to around £900,000, meaning that loan trusts were no longer a suitable IHT planning tool. We advised them to withdraw their original loan from the trust and reinvest the £100,000 (along with £250,000 made from a sale of one of their properties) in an AIM portfolio. This portfolio would qualify for business relief after two years, while providing full access to the capital.

Mr & Mrs Davies continued to use all their subsequent ISA allowances to invest in the AIM portfolio. One incentive to do so was the change in the ISA rules to allow a spouse to inherit another’s ISA upon their death, preserving all the tax-efficient benefits.

In 2017 the Residence Nil Rate Band (RNRB) was introduced. Given the rise in property values and personal investments, we advised Mr & Mrs Davies to review their will arrangements to ensure that they received the maximum allowances available. Should one of them die, the surviving spouse would be in danger of losing the RNRB (up to £175,000 by 2020/21). This in turn could increase any IHT liability on the estate by £70,000.

By reviewing and re-writing their wills to include the use of life interest trusts, the couple were entitled to receive the maximum allowance (up to £1million) in Nil Rate & Residence Nil Rate Bands.

The couple also decided to leave 10 per cent of their estate to charity. This had the additional benefits of reducing the taxable estate by 10 per cent, but also reducing any remaining IHT liability from 40 per cent to 36 per cent. Finally, we advised the couple to set up Lasting Power of Attorney in the event that one or other should lose the capacity to manage their own finances.

The grand total of IHT saved

Having completed the revised legal planning, we have recently recommended that Mr & Mrs Davies reduce assets within their personal investment portfolio and invest an additional £400,000 into a combination of specialised IHT Business Relief schemes & Enterprise Investment Schemes, balanced with some long-standing, lower-risk schemes. Following the two-year qualifying period, this will result in a further £160,000 IHT saving.

IHT planning can be a bit of a minefield and there are lots of different factors to consider. You can see from this example that it can’t usually be done in one fell swoop, and that regular planning needs to take place over a number of years. By starting your planning early and reviewing it regularly, you can potentially ensure that your loved ones will inherit far more of your wealth than they otherwise would.