Are you better at living for today than planning for tomorrow? A long-running experiment has shown how being unable to hold back can hold you back in the long term. Adrian Kidd, lifestyle financial planner at Radcliffe & Newlands, would like to offer you a marshmallow.

From the moment you receive your first pocket money, you’re plunged into an age-old struggle. Should you spend that money now, or save it for later? If you save it, you could buy more things later on… but it would be so nice to have those sweets now! We like to think we’d grow out of it, but the fact is that it never gets easier. Even as adults, we’re in a constant tug-of-war between being sensible and having fun.

Planning for tomorrow while living for today – just how do you do it? Despite being a financial adviser, I like to think of myself as fairly neutral when helping my clients to make such judgements. Probably I took much more of a ‘save every penny!’ kind of attitude around 10-20 years ago, but I’ve mellowed since then, as has the advice community at large. These days I’m all for enjoying the moment too, provided that you can keep things well balanced.

But what is a good balance? More often than not you’ll find people have an 80:20 split in favour of spending for today versus saving for the future. By contrast, I generally recommend about 40:60 (i.e. more emphasis on saving than spending). I think the imbalance has come about due to factors such as the high cost of housing (both rents and mortgages are now taking up huge slices of peoples’ earnings), and to a historical distrust of pensions (which were hated for a long time due to their complexity, which in turn discouraged saving).

When helping my clients build a financial plan, I can go into almost forensic detail. I can see from bank statements and their own spreadsheets where the money gets spent – and it’s a rare day that the two match up! Spreadsheets generally help people to feel better about themselves and in control, but I have yet to encounter a fully honest spreadsheet. Bank statements, on the other hand, don’t lie.

The sweet taste of success

A good illustration of the financial tug-of-war is the Marshmallow Experiment (look it up on YouTube). It is essentially a test of delayed gratification, applied to children. For the kids involved, the choice is simple: one marshmallow now, or wait a while and have two marshmallows later. The researcher leaves the room for 15 minutes, with the first marshmallows in plain sight. The footage of the children at this point becomes rather entertaining.

Some kids jump up right away and eat their single marshmallow as soon as the researcher shuts the door. Others wiggle and bounce and scoot in their chairs as they struggle to restrain themselves, but eventually give in to temptation. Only a few of the children manage to wait the whole 15 minutes (and they, of course, end up receiving two marshmallows).

As the years passed and the children grew up, the researchers tracked each child's progress. What they found was remarkable. The children who waited to receive the second marshmallow ended up with better exam scores, lower levels of substance abuse, lower likelihood of obesity, better responses to stress, better social skills as reported by their parents, and generally better scores in a range of other life measures. They were also wealthier. The researchers followed each child for more than 40 years, and the group who delayed gratification outperformed the others consistently across the board. In short: the experiment showed the ability to delay gratification was a critical one for success in life.

The core lesson of that famous experiment holds true today. We should all strive to learn or cultivate this discipline, whatever our age. But there’s another, crucial lesson in the experiment that I think a lot of people miss. The successful children may have delayed gratification – but they did get a near-term benefit in the form of a second marshmallow after 15 minutes. They didn’t have to wait 25 years to see the results.

So that’s our other lesson here. Give yourself little rewards as consolation for deferring the big ones. I think this is the key to balance and achieving your goals. So if you have a target to save £5,000 this year and you hit it, then celebrate. Go to a fancy restaurant, a spa or whatever other treat makes you feel good, on top of achieving your goal. Hitting goals without celebrating them is a hollow feeling, and one that will gradually demotivate you over time. We haven’t grown up all that much – we still need to live for the moment and enjoy that marshmallow. Just remember to keep one eye on tomorrow as well, and remember that delaying gratification can have a magic compounding effect that will benefit all aspects of your life – including your money management. 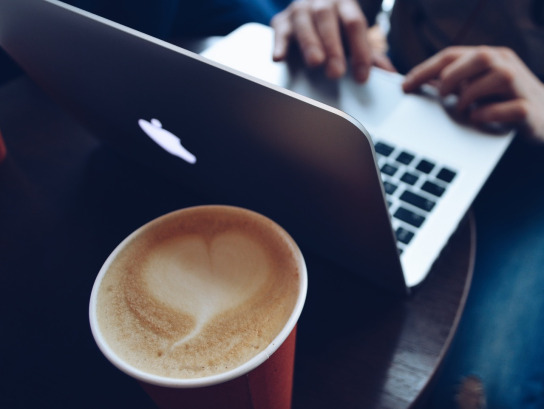