How to be an unbiased investor 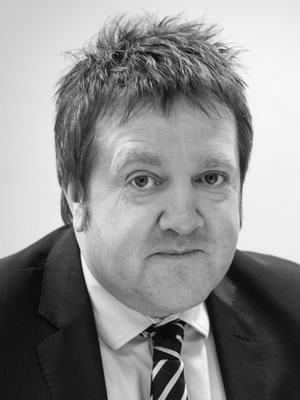 Making investment decisions is a lot more complex than it seems. Even with experience and knowledge on your side, there are other factors than can sway your judgement without you even noticing. Jonathan Young of Gresham Wealth Management reveals the fascinating world of ‘investment bias’ – and how to overcome it.

You like to think that you’d look out for yourself. After all, no-one could care about your financial interests as much as you do. So (assuming you have some knowledge of investments) you might naturally consider your own judgement to be the best. After all, why would you be biased against yourself?

Unfortunately, the reality is more complicated. Making one’s own investment choices ‘solo’ is fraught with risks, which by their nature are often hidden. Expertise is one factor – it’s hard for the non-professional to keep up to speed – but it’s not the only one. An even bigger problem is the unconscious bias that creeps into many such decisions.

Behavioural finance is a fast-growing area of interest. It reveals that the apparently rigorous and logical world of investing can often be anything but. Emotions can play just a big a role as financial models and projections, and individual investors can be easily swayed by tiny biases in their own minds. These biases can – depending on the significant of a decision – translate into a major impact on the performance of an investment portfolio.

There are two main type of financial bias: cognitive biases (based on errors of perception, memory, judgment or reasoning) and emotional biases (which can broadly be described as ‘wishful thinking’).

Each type can be further divided into more specific types of bias, all of which can influence the financial decision making process.

This is the tendency to interpret new evidence as confirmation of one's existing beliefs or theories. For instance, think about the last car you bought. After you initially made the decision which make and model you were interested in, you may have started to notice that very car driving past everywhere you went.  Of course, this wasn’t because there were suddenly more of those cars on the roads. It was because you were thinking about that particular make, which before you might have ignored.

This is confirmation bias in action. If we already have a certain view about a particular type of investment, we will notice information that tends to confirm this view, while any conflicting information is more likely to be ignored.

Framing bias refers to how people react to a particular choice depending on how it is presented. Framing bias is exploited frequently as a marketing tool. Prices may be presented in a certain way to make us feel we are getting a good deal, or else encouraging us to spend more than we originally intended. For example, ‘Save £50’ sounds far more appealing than ‘This costs £200’, even though you still spend the £200.

The FCA conducted an interesting piece of research on framing in relation to retirement planning options. One finding was that potential losses appear more important than the potential gains to the retiree; in this particular scenario, impacting on their choice of whether to take an annuity or access flexibly via drawdown. This reflects a common tendency for people to take a more cautious attitude to risk when approaching retirement.

Very closely linked to the above is loss aversion. This centres around the tendency of most people to care much more about avoiding losses than about acquiring gains. Some studies have suggested that losses are twice as powerful, psychologically, as gains – it is the ‘bird in the hand’ mentality. This is clearly an important bias in relation to investment behaviour, as investing in stocks and shares always carries a risk of loss. Although the gains can be significant, some investors with a particularly strong bias for loss aversion will automatically lean towards a more cautious portfolio. Establishing attitude to risk is one of the first steps many advisers take when meeting with a potential client, to ensure the portfolio is tailored correctly.

Overconfidence is people’s tendency to overestimate their own abilities or the accuracy of their own predictions. This can overlap with confirmation bias: ‘I want it to happen’ becomes, ‘I think it will happen’.

In investing, overconfidence can lead to rash decision making, such as selling stocks at the incorrect time, or favouring one particular asset type over another, resulting in a poorly balanced portfolio.

How to overcome investment bias

As we can see, investing is about much more than just analysing numbers and making decisions to buy and sell. It is just as much about analysing one’s own behaviour, preferences and emotions. Understanding numbers is only part of it; you must also understand people, and yourself most of all.

As financial advisers, it is our role to make recommendations for clients based on their personal circumstances and what they are aiming to achieve. Ultimately, any investment decision must be made by the client, but this can make them vulnerable to investment biases unless these are balanced out by unbiased advice.

Having an awareness of one’s own biases can reduce the damage they do. However, most biases tend to be invisible until someone else points them out. That’s where the adviser comes in. We at Gresham Wealth Management will continue to keep an eye on the research in this field, so that we can continue to keep our clients on their preferred path, making the right investment decisions.

Jonathan Young
Jonathan Young is a founder Director of Gresham Wealth Management. He advises in all areas of financial planning to individual and corporate clients. Jonathan has built a strong track record of advising recipients of Clinical Negligence and Personal Injury awards and his services are retained by a large number of Solicitors nationwide.
eg. Pension, Homes, Mortgage or  Small business

The growing Bitcoin bubble – is it worth the risk?