This week's hot topics - from cat mortgages to wills 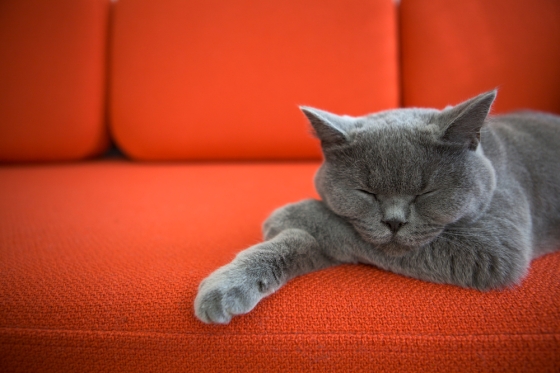 Are mortgages with domestic cats the new thing?  Well it’s all the rage in Russia!  We all love a quirky campaign, and this one thought up by Russian Bank, Sberbank (SBRCY) is no different!  The bank, is offering the delivery of cats to all new mortgage clients as a way to be more ‘warm and fuzzy’.  According to the BBC, ‘many Russians say a cat is sign of good luck to those moving into a new home’.  However, don’t let domestic perks be the only reason why you opt for a mortgage, there are always other things to consider before opting for a long term mortgage, speak to an adviser today and look at the options.

Unbiased.co.uk: Write and Register a Will Week

This week sees the launch of our sixth Write and Register a Will Week campaign in collaboration with certainty.co.uk.  Our campaign mission is to encourage people to start thinking about writing and registering their Wills.  Registering a Will this week is free with National Will Register, Certainty.co.uk, so get cracking now.  According to our research a staggering 28.7 million people in the UK (which equates to 57% of the population) have admitted to not writing a will, with unsurprisingly, the highest percentage being the 20-29 age bracket.  However, our research highlighted shocking findings which revealed that over 60% of people in ‘critical age gap’ (30s – 40s), do not have a will. Writing a will can not only help protect your family and their future, but also avoid legal complications that occur when dealing with unclaimed estates. There has been a considerable amount of interest in lost wills and unclaimed estates, sparking the creation of BBC show Heir hunters, which is dedicated to finding families entitled to unclaimed estates. Writing a Will needn’t take long and written with the guidance of a solicitor will help make sure you assets are fully looked after, if anything should occur.

To find out more about our Write a Will Week Campaign click here: business.unbiased.co.uk/press-releases/where-there-is-a-will-there-is-a-way-yet-over-half-of-uk-adults-are-currently-without-a-will-1-9-2014

To speak to a solicitor about Wills and Probates Click here www.unbiased.co.uk/solicitor

Although announced officially in August, this month sees the introduction of Financial Education in schools.  From 1 September onwards every child will learn the ’functions and uses of money’, as well as, how public money is raised and spent, as part of their national curriculum.  Financial education has been available since 2000; however the new legislation has made it compulsory for every child to learn about its inner workings.  This new focus demonstrates there is a change in attitude about the importance of maths and finance.  NS&I recently published a report that revealed consumers today still have trouble with financial terms, with many admitting to not understanding several.  With the pioneering of teaching Financial Education young, declaring words as financial jargon may be a thing of the past.

To join in our LinkedIn discussion on Financial Jargon click here: lnkd.in/beHTC49

Guardian: London and south-east grab the lion’s share of Help to Buy

The latest statistics from The Treasury show a massive increase in home ownership thanks to the Help to Buy Scheme. According to the Guardian, “London and the south-east grabbed the largest share of Help to Buy (HTB) loans”.  The scheme has helped more than 48,000 people purchase their home, in full; this has caused huge growth in the housing market. The data reveals that:

These figures prove there is still strong interest in the property market, with many users of the scheme being First time buyers.  Shortly after the statistics were released, George Osborne displayed his pride, saying “Great news that over 48,000 people have bought a home through #HelptoBuy”. The new data proves how effect the HTB scheme is, especially for First Time Buyers who accounted for 82% of HTB sales.  Getting on to the property ladder is easy, if you plan and understand your financial capabilities.  Speak to one of our Mortgage advisers today to review your options: www.unbiased.co.uk/mortgage-adviser

According to the Office for National Statistics (ONS), the UKs Gross Domestic Product (GDP) is stronger than initially suggested.  The report comes after a revision of estimates for the UK GDP during and after the recession.  This year for the first time, proceeds from charities, illegal drugs and prostitution were included in official figures.  The BBC revealed that “the ONS also suggested the recession ended in the third quarter of 2013”, despite claims it had carried on until the “second quarter of 2014”. This is definitely a sign of positive growth in our economy, which is great news for stock market investors. Whether you’re thinking of investing or already have an investment in place, speak to one of our advisers to help your money go further, read more about our Stockbroking service here.

A recent study conducted by Money Wise revealed that 55% of parents charge their grown-up children rent.  This result comes as no surprise considering in the past few years there has been a significant increase in both age and number of ‘Kidults’ (adults who still live at home).  The research also found that there are a lot of parents torn between helping their children and coping with increasing household costs.  Research from Vouchercodes.co.uk estimated that ‘Kidults’ cost parents almost ‘£850 a year in household bills’.  With the tuition fee increase and a slow First time buyer market, it’s no wonder parents want to help their children save until they can afford their own homes.  Are you a parent with a Kidult? Or are you thinking about buying your first home? Why not speak to one of our advisers and see how they can help you plan your next venture.

Follow the link to read the full article www.moneywise.co.uk/news/2014-09-04/most-parents-charge-grown-children-rent