How financial advice pays you

The Cost of Advice guide from Unbiased reveals how much you can expect to pay for financial advice. And this makes it possible to answer an even more interesting question: how much could that advice pay you back? 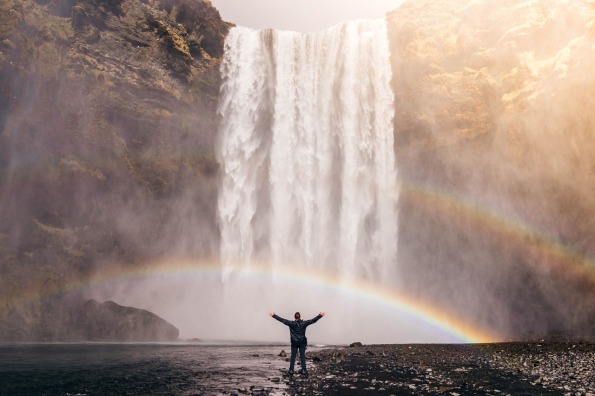 Let’s test how shrewd you are. Someone offers you an investment and says it’ll pay a five per cent return. Are you impressed? Maybe a little, that’s a very good rate these days – but you might not be astonished.

Then another person tells you of a scheme that’ll pay you back ten per cent. Now you’re definitely impressed – but probably a bit suspicious too. With returns like that, there’s almost certainly a catch.

But it doesn’t stop there. Someone’s offering you a 20 per cent return. You don’t even have to think about that one – it’s so plainly a scam, it insults your intelligence.

If anyone suggested you might achieve a return of 100 per cent, 200 per cent or 300 per cent, you’d probably just laugh. (Before calling the FCA.) But you can rest assured that a genuine financial adviser wouldn’t dream of offering you anything like those figures. They have their feet on the ground and deal only in realities, with figures derived from hard data.

Which is why what they can offer you is more like 6,000 per cent.

I don’t believe it!

Explanation time: we’re not actually talking about ‘return on investment’ here, as the term is usually understood. (You never really thought we were). No, what that 6,000 per cent figure refers to is the average benefit that results from pension advice taken at a young age, when set against the cost of the advice itself. Obviously a lot more money is involved, in the form of pension contributions, but the difference advice can make to the final pension pot is plain to see.

Here’s how it works. A person at the age of 35 consults an adviser on starting a pension (she should really have started much earlier than this, but more of that later). The cost of the advice (based on the Cost of Advice guide from Unbiased) is around £580.  According to a recent Unbiased report, people who take financial advice end up saving on average £71 more per month than non-advised savers in a similar income bracket. This results in an extra £25,730 in the individual’s pension pot (actually much more, because this does not factor in tax relief or compound interest). This figure outweighs the initial cost of the advice by over 4,000 per cent.

But suppose the saver followed the prevailing recommendation to start a pension by the age of 25. In this case, the additional sum in the pension pot (before tax relief and interest) would be over £34,000 – a benefit outstripping the cost by nearly 6,000 per cent.

Why advice pays off in the long term

It bears repeating that this 6,000 per cent isn’t a direct return on investment. What it is, rather, is a quantification of the value of advice. The increase in the pension pots described above is a result of savers increasing their monthly contributions, which in turn is a direct result of taking financial advice.

Why? Because formal advice gives savers the confidence and motivation to increase their retirement savings. It gives them hard evidence that this is the right course of action. And it reassures savers that they can afford to do this (i.e. they can cover other necessary expenditure), while reminding them that they can’t afford not to. Financial advice allows people to consider their lives in the round, to think about the future and not just the now. With advice, you can see how every pound you earn needs to be stretched across your whole life – to cover the many years when you won’t be earning anymore.

Financial advice isn’t a get-rich-quick scheme. As the research shows, it’s far more important than that. The difference between ‘with advice’ and ‘no advice’ is so clear cut, it makes sense to see advice as just a fundamental part of life planning; the common-sense route to ensuring your financial security in retirement.

Is your pension on track? Click the link to book a free pension health check with a regulated adviser.

Download the Cost of Advice guide to see what you can expect to pay for different advice scenarios.